We invite you to visit and be a part of our growing congregation!
For over 100 years, we have proudly shared Christ's love with our community.

The First United Methodist Church in Rusk began in the early days, even before the Republic of Texas. Brave ministers would risk riding across the borders of Arkansas or Louisiana and preach to the sparse setttlers of East Texas as early as 1814. 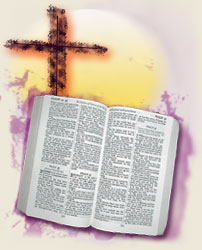 Early pioneers of this area remembered Circuit Riders in Rusk prior to 1836. Many times, the services were guarded by men sitting on the edge of the group with guns. Being a Protestant was not approved of by the government headquarters in Mexico prior to the declaration of freedom by the brave settlers. After 1836, the Republic of Texas was formed. The Texas Conference was formed on Christmas day 1840. The denomination's first licensed preacher in the State of Texas came to serve in Rusk.

There have been three churches built on the current site. The first church building was constructed in 1851 and the first parsonage was built in 1879. The second church was constructed in 1896. This church burned in the late 1800's and in 1920 the present structure was built. The Fellowship Hall was added in 1961. The current parsonage was built in 1981. The church site received its historical marker January 17, 1988. Extensive remodeling was started in 1995. Beautiful stain glass windows add a noble addition to this beautiful worship center.

We pray that you sense the presence of God's Spirit among us and that your worship experience here draws you closer to Him. We invite you to share your faith and fellowship with us. You're always welcome here at First Methodist Rusk! 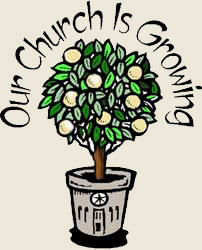